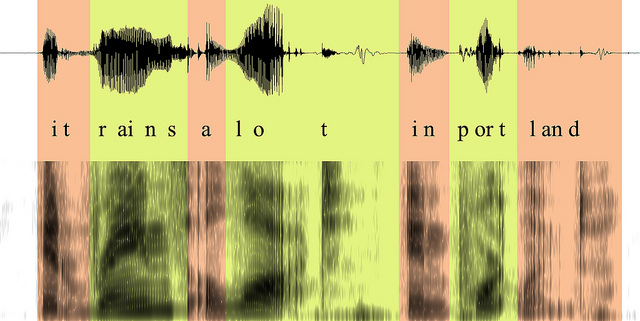 Maybe you’ve heard about people who, due to a stroke or accident, can no longer speak or understand speech normally. Aphasia is a condition where damage (usually from stroke or head trauma) to particular regions of the brain causes a person to lose specific language production and comprehension abilities. Aphasia studies are remarkable, and have taught us much about how language works inside the brain. Recently, however, I learned of a strange condition kind of similar to, but not as debilitating as aphasia: Foreign accent syndrome.

Here’s the article: The curious case of people who can’t stop speaking in foreign accents.

You should read the full piece, but a few highlights follow.

“Foreign accent syndrome (FAS for short) is a real thing, though it’s very rare — fewer than 200 cases diagnosed since it was first described in 1907. It may sound like it’s just a delusion or fantasy, but fewer than 10 percent of cases have a psychological basis (for example, related to schizophrenia). Nearly all of the rest are of neurological origin: They are caused by damage or impairment to a specific area of the brain.”

“The short explanation is that FAS (possibly excepting the few psychological cases) is a disorder of speech planning and execution.”

“Naturally, when we hear speech tweaked on one or several of those parameters, we associate it with an accent that has a similar feature set. And if we hear an accent that sounds somehow different but we’re not sure, we make our best guess at what it is. The less familiar we are with an accent, the less we’re likely to notice things that aren’t quite right about it: Many Americans can’t tell Australian accents from English ones even though people from England and Australia have no trouble telling the two apart. Researchers studying cases of FAS have sometimes tested samples of the speech with listeners who didn’t know its origin to see if they could identify where it was from, and, unsurprisingly, opinions varied considerably. But when they tested “controls” — samples of native speakers with unimpaired speech from several countries — listeners couldn’t always identify their accents accurately either.”

Videos of people with FAS:

What does the author mean by feature set in the quote above? Each language has its own unique set of phonemes or word-distinguishing units of sound (called its phonemic inventory). This set is pulled from a larger set of all possible speech sounds. We recognize different languages and accents by these feature sets. And yet, the FAS article had me thinking about our general ineptitude when it comes to identifying accents. Because the speech of the person with FAS in the first video is close enough to a British English accent from an American English point of view, we lump it in that category…while to a native British English speaker, they’re noticeably dissimilar. Even in our native accent, speech can be hard to disambiguate. The recent viral “Laurel/Yanny” debate is a good example.

“Laurel”/“Yanny” makes you wonder how we understand each other at all. I’d say that pragmatics, i.e. context, plays a vital role. When communication is stripped of context, it’s significantly more difficult to interpret. My current work has made this very clear to me. We’re listening to and transcribing 2-to-4-second audio clips of users’ commands (and other speech) to their smartphone voice assistants. Knowing the contexts of “voice assistant-directed speech” and “things one might want to do on their phone” helps some. But outside of that, because the sound clips are so short and we’re not actually there, interacting with the speaker, a part of the conversation – it’s often a challenge to resolve (i.e. accurately transcribe) certain categories of words. Proper nouns are especially tricky. Contacts’ names, product or app names, names of unfamiliar towns and musicians, et cetera.  If we were face-to-face with the speaker, we’d have the entire conversational, situational, and interpersonal background at our disposal, which helps resolve such unknowns.

Successful communication must rely on many factors. And language doesn’t exist in a vacuum.

A tale of two words