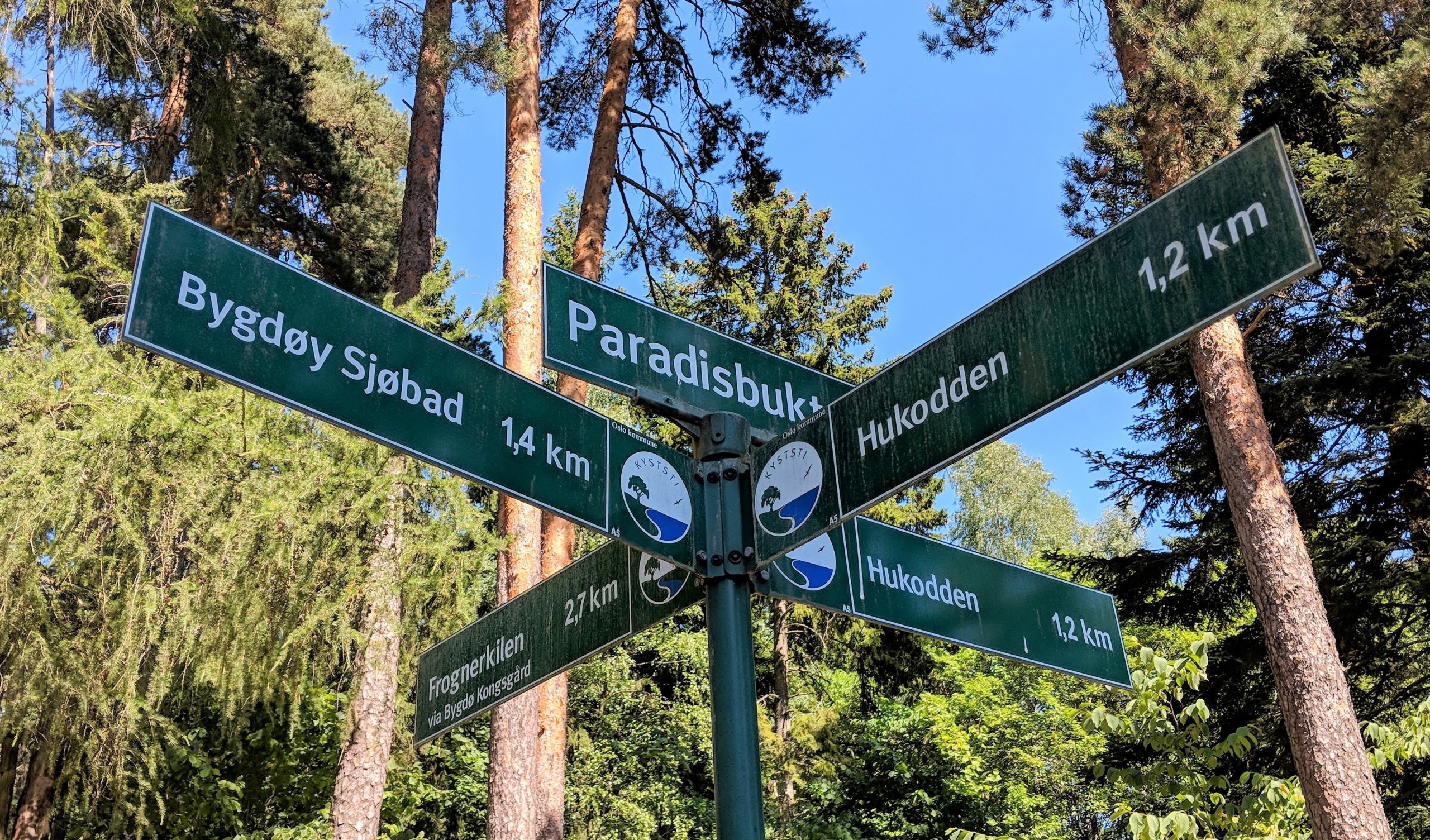 Okay, “smörgåsbord” is a Swedish borrowing, but close enough. It’s appropriate for this post, which will be a buffet of miscellaneous facts about the Norwegian language.

I became interested in and started learning Norwegian because my brother has been living in Oslo for the past several years, where he is getting his Ph.D. in lichenology.[1] My family and I traveled to visit him last summer. To characterize the country in a few words, I’d say Norway is – more iconically – Vikings, fjords, trolls, nature, Norse mythology, and – more personally – lichens, stellar black coffee, gross sweet brown cheese, overly-restricted booze-purchasing hours, part of my paternal ancestry, and vampires.[2]

So what’s cool about Norwegian?

First (as I mentioned in one of the recent dialect posts), Norwegian forms a dialect continuum with Swedish and Danish, languages with which it is, to a greater or lesser extent, mutually intelligible. These are Scandinavian or North Germanic languages, along with Icelandic and Faroese. My brother, who now has a decent command of Norwegian, says he can understand Swedish relatively well too, although Danish is harder. Have a listen to differences between Danish and Norwegian in this video.

However, there are also a staggering number of Norwegian dialects spread across Norway. People claim it’s often harder to understand someone from a different part of the country (for example, Oslo inhabitants vs. speakers of trøndersk, a group of sub-dialects in north-central Trøndelag county) than it is to understand a Swede speaking Swedish. Wikipedia corroborates: “Variations in grammar, syntax, vocabulary, and pronunciation cut across geographical boundaries and can create a distinct dialect at the level of farm clusters. Dialects are in some cases so dissimilar as to be unintelligible to unfamiliar listeners.”

There are two official standard forms for the written language, even if there is no standard for spoken Norwegian (since local dialects rule in most situations). Bokmål (literally “book tongue”) is used in the majority of publications, and Nynorsk (“new Norwegian”) in under 10% of written communication.

Onto smaller language-y bits: words and morphemes. Norwegian is super fun because it is prone to extensive compounding (like German), and these compounds often break down into etymologically amusing or charming pieces. By this I mean that the component words reveal interesting (but usually sensible) semantic relationships with the larger compound. Let me give you some examples:

One facet of Norwegian morphosyntax that was novel to me is the structure of its determiners. In English, both definite (“the”) and indefinite (“a / an”) articles are independent words that always precede their noun or noun phrase. So we have:

The same is true for the Romance languages I know about (French, Spanish, Italian), the other Germanic language I’m familiar with (German)… and it is simply not relevant for the Asian languages I’ve dabbled in (Japanese, Cantonese) because they lack articles entirely.

In Norwegian (as well as in Swedish and Danish), indefinite articles are, familiarly, the independent words which precede the noun, while definite articles are actually suffixes, which attach to the end of the noun they modify. What’s more – if you place something in front of the noun, like an adjective or a number, there’s another set of determiners to use, called demonstratives (in English: this, that, these, those). These precede the noun phrase (adjective/number + noun), where the noun already contains its definite suffix. Again, a table might help illustrate:

Because Norwegian and English are closely related in their linguistic genealogy, a native English speaker may have less trouble learning Norwegian than, say, Taa (also known as !Xóõ, a southern African language with possibly the largest phoneme inventory in the world, including dozens of clicks) – but as the determiner situation here demonstrates, it’s still no piece of bløtkake.

Norwegian is what’s called a pitch-accent language. There are roughly three categories of languages when it comes to stress and pitch. Here’s a super abridged breakdown [3]:

Stress (emphasis) is placed on a syllable in a word, or on a word in a phrase/sentence. This can create a difference in word meaning, but it doesn’t have to. Stress is a combination of loudness, length, and higher pitch.

NOUNS vs. VERBS
REcord vs. reCORD
INcrease vs. inCREASE
PERmit vs. perMIT

A syllable on a word/morpheme is accentuated by a particular pitch contour (instead of by stress). So only pitch is involved, not loudness or length. Distinct tonal patterns occur in words that otherwise look and sound the same, giving them different meanings.

Each syllable of the language has an independent tone or pitch contour. Tones are used to distinguish between words (they create a difference in meaning between words that otherwise look and sound the same).

The pitch-accent feature of Norwegian contributes to the language’s sing-song quality. Just listen to the melodiousness of Norway’s King Harald V as he gives a speech:

Norwegian writing uses the same Latin alphabet as English, except that it has three additional letters at the end – æ, ø, and å. I highly recommend insist that you watch this ridiculous video to hear how the vowels are pronounced, as well as be entertained in musically nerdy fashion. (Final note: Contrary to the video’s main argument, several letters – c, q, w, x, and z – are not actually used to spell Norwegian-native words, although they’re sometimes used in loan words. One could therefore quibble that they shouldn’t count towards the alphabet size…)

[1] If you want to ogle some gorgeous macrophotography of lichens, scope out his Instagram, https://www.instagram.com/lichens_of_norway/.

[2] The ancient stave churches for some reason reminded me of True Blood (plus three of the show’s main characters, Eric, Pam, and Godric, were Swedish and Norwegian); also I was coincidentally reading The Vampire Lestat while we were there… but NO I’m not generally obsessed with vampires.

[3] This subject gets really complex. There are a lot more subtleties and distinctions than I make above.