Accents and dialects (part I): Yinzers and jawn 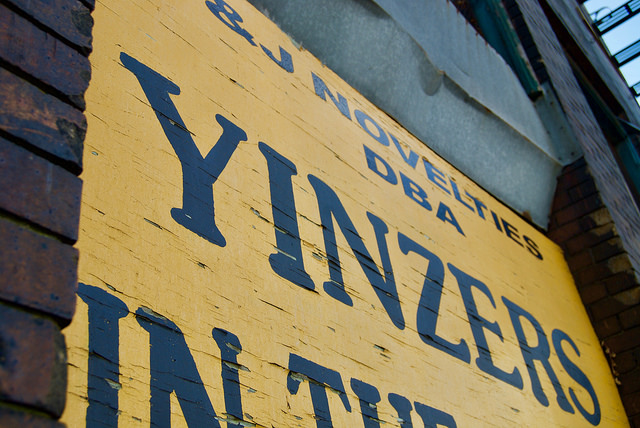 What’s the difference between an accent, a dialect, and a language? These concepts are prone to a multitude of misconceptions, often with adverse consequences for millions of people whose speech doesn’t fall within the realm of what’s considered “standard” for their particular region. In this series of posts, I summarize three articles about accents and dialects, and I hope to pique your interest such that you check out the full pieces themselves!

To answer the initial question: an accent is one’s pronunciation and prosody (intonation, tone, stress, etc.) particularized by individual, geographic, temporal, cultural, and socioeconomic factors. A dialect is an accent PLUS all the other linguistic features of a language (syntax, lexicon, idioms, slang) also influenced by those factors. A language is basically a convenient abstraction over a grouping of mutually-intelligible dialects. It helps us conceptualize things, but it’s sometimes hard to draw fool-proof, scientifically valid lines between what’s a language versus a dialect, and aspects like culture and nationality further muddle these line-drawing attempts.

Consider the following two cases, mentioned frequently in linguistic realms: Swedish, Norwegian, and Danish are relatively mutually intelligible – in reality, they’re probably closer to dialects of a single Scandinavian language – but because they’re spoken in separate countries, they’re considered separate languages. The opposite situation holds for “Chinese.” There is actually no single “Chinese” language. There’s Mandarin and Cantonese, which are NOT mutually intelligible, as well as hundreds of other “dialects” across China which are also not necessarily understandable between their groups of speakers. However, because all of the speakers reside within a single nation (and share a writing system, among other things), Mandarin and Cantonese (and others) are usually considered “dialects” of a single, monolithic “Chinese” language.

To use an oft-quoted expression: “a language is a dialect with an army and navy.” This conveys the idea that the distinction between a language and a dialect is arbitrary, becoming possible only through a social lens; a language almost always has more official recognition, more cultural clout, more political power, etc. than a dialect.

Okay, time for some articles. The piece linked and summarized below is an enjoyable read about Pennsylvania dialects. My Part II follow-up will discuss accents, and Part III will consider Black English (also called AAVE – African-American Vernacular English). 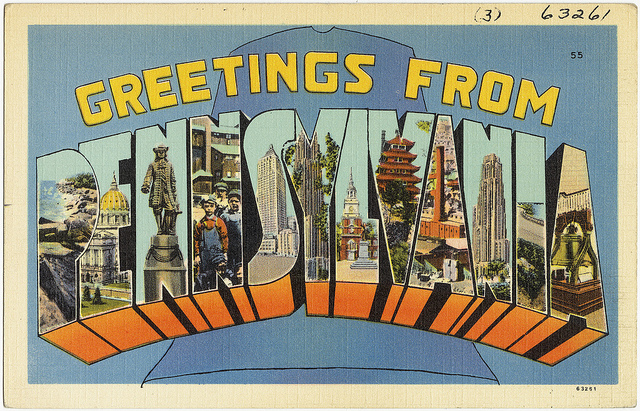 Article: “Where Yinz At” (Slate)

While states have on average two to three dialects, Pennsylvania has five – the ones associated with Philadelphia and Pittsburgh being the most widely known.

“The Philadelphia dialect features a focused avoidance of the ‘th’ sound, the swallowing of the L in lots of words, and wooder instead of water, among a zillion other things. In Pittsburgh, it’s dahntahn for downtown, and words like nebby and jagoff and yinz.”

(To sample the actual dialects, watch the funny clip embedded in the article – a skit of a Philly-Pittsburgh phone conversation between two pawnbrokers.)

Geography and migration likely shaped the unique speech patterns found in the Keystone State. North of the Interstate 80 (which roughly bisects the state), ways of speaking were influenced by immigrants from southern England. Below that boundary line, people came from Northern England, Scotland, and Northern Ireland. The Allegheny Mountains also created a barrier between Pittsburgh and other parts of the state. After a couple hundred years, Philadelphians and Pittsburghers have come to sound pretty distinct from each other.

“[…] people from Pittsburgh are talking about ‘gettin’ off the caach and gone dahntawn on the trawly to see the fahrworks for the Fourth a July hawliday n’at,’ while Philadelphia folks provide linguistic gems like the one Monahan offered up as the most Philly sentence possible: ‘Yo Antny, when you’re done your glass of wooder, wanna get a hoagie on Thirdyfish Street awn da way over to Moik’s for de Iggles game?’”

University of Pennsylvania linguistics professor William Labov says the Philadelphia dialect is generally a source of pride for residents, most of whom are positive about the city. Pittsburghese is similarly well-regarded by its speakers. The unique dialect has received a good deal of attention since linguists began visiting the area in the 1930s.

However, the fact that increasing numbers of young people are going farther away for college has resulted in Philly and Pittsburgh accents and dialects being dropped (since of course college kids want to fit in and be understood). Huge surges in online/text communication do not speed that decline though (as is often thought), and in fact, additional exposure to multiple dialects means people don’t judge others’ speech as much as they used to. Both Labov and Carnegie Mellon University English/linguistics professor Barbara Johnstone rightfully point out that the Philly and Pittsburgh dialects are (like all language) constantly evolving.

I’ll leave you with a few extra Pennsylvania dialect delights: 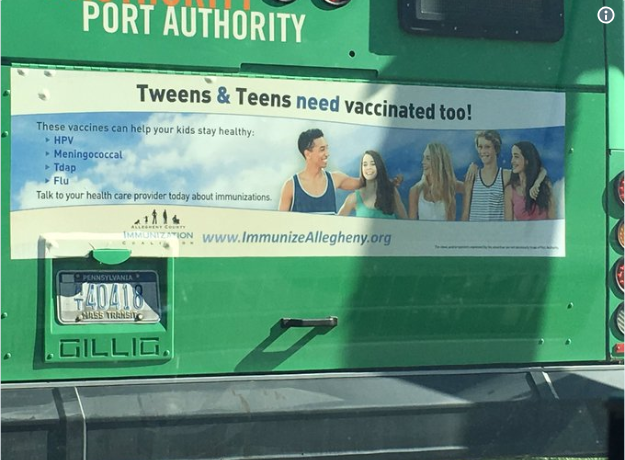 Lastly and more generally, if you really want to know just how complicated the dialect situation is in North America, take a gander at this incredibly detailed map/site.

2 Replies to “Accents and dialects (part I): Yinzers and jawn”