What is linguistics, and what do linguists do? 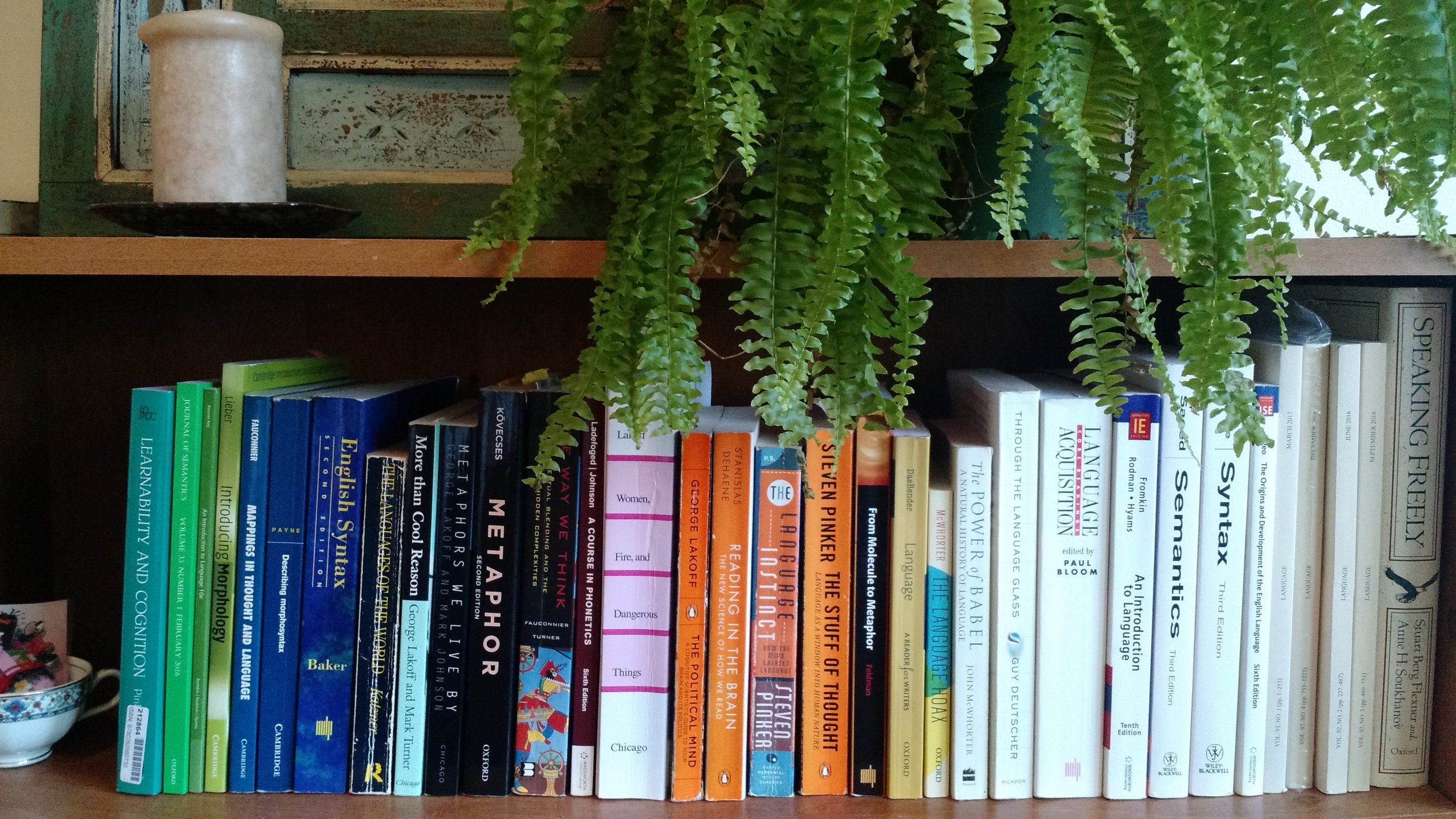 I love patterns. They’re how we learn and evolve, and they’re everywhere.

Here’s a pattern for you.
When I tell someone new that I do linguistics, their response often goes like this:

Nod and/or smile and/or give small verbal acknowledgment.
Slight awkward pause.
“And what is linguistics again exactly?”[1]

People know that linguistics has to do with language, but beyond that, things get fuzzy. My goal with this post is to unfuzz (defuzz? disfuzz?) the basics of the field.

Well, what is language? Language is a conventionalized and arbitrary pairing of form and meaning. The form is usually sound, but it can also be gesture – in the case of sign language. There are many levels at which we might observe and analyze such form-meaning pairings, and these levels comprise the main subfields of the linguistics discipline. I’ll introduce each subfield through a couple of questions:

The study of speech sounds is Phonetics, and speech patterns, Phonology.

The study of word structure and formation is Morphology.

The study of sentence structure is Syntax.

The study of meaning is Semantics.

The study of discourse in context is Pragmatics.

Once we’ve discussed what linguistics is, the question that inevitably follows looks something akin to: where does studying language patterns get you in the real world? What do linguists actually do for a living? Until more recently, linguists were generally constrained to teaching and researching within academia. Many still do follow that path. However, in the last couple decades, various industrial sectors have realized the necessity of employing people with serious language knowledge. Here is a short list of possible careers outside of academia for those with a linguistics background:

Here are a few cool examples of actual people using their linguistics training in the real world:

One of my acquaintances is an interactional sociolinguist at the FrameWorks Institute, a nonprofit organization that conducts research on sociopolitical and scientific topics like aging, criminal justice, and climate change. FrameWorks investigates the language used in talk about these subjects, and teaches ways of reframing each issue. The woman I know manages the Institute’s Learning Unit, where she organizes professional learning events for advocates who want to change particular social dialogues.

Another friend of mine is a Speech-language Pathologist, or SLP. She works with veterans at the VA Hospital in San Francisco. Her patients have swallowing conditions, aphasia, and other disorders that interfere with speaking or understanding. The SLP path requires a master’s in Communicative Disorders/Speech-Language Pathology. Although it doesn’t require a degree in linguistics, my friend has this too, and she says that it has lent her a deeper understanding of the disorders she’s trying to treat, as well as the subtleties involved in clinician-patient communication.

David Peterson is neither a friend nor an acquaintance, although I wish he was one. He is a conlanger who created Dothraki and Valerian for the HBO series “Game of Thrones”. Dothraki and Valerian are not just random sets of made-up words. They are full languages, with their own phonology, morphology, and syntax. For example, to form a question in Dothraki – as in Hash yer ray tih zhavors chiorisi anni (“Have you seen my lady’s dragon?”) – one must include a word whose main purpose is to formulate questions, hash. English lacks a single separate word with just this function; instead, we use multifunctional auxiliary verbs like do, be and have, or rising intonation. French on the other hand does have a word with this unique function: est-ce que (subject-verb inversion and rising intonation are other possible strategies). Conlanging for film basically started in the eighties with Marc Okrand, the inventor of Vulcan and Klingon, used in the Star Trek movies. With sci-fi/fantasy shows becoming more and more involved these days, the opportunity for such constructed language work seems to be growing.

And then, take a watch of these videos. Anna Marie Trester, author of the Career Linguist blog, has interviewed and recorded multiple linguist folks (me among them!) working in different areas of industry.

I’d like to wrap up with some historical and contextual nuggets about the field.

Linguistics termed as such, and as its own independent discipline, is relatively new. It arose at the beginning of the twentieth century; the University of California (Berkeley) formed America’s first “Department of Linguistics” in 1901. Edward Sapir and Leonard Bloomfield were two prominent linguists early on. There was also structuralism or structural linguistics which dealt with signs, syntax, and other formal units of language. Main characters included Ferdinand de Saussure and Roman Jakobson. In the 1950s, Noam Chomsky devised his generative theory of language and Universal Grammar, and the discipline really took off. Chomsky is thus usually known as the “father of modern linguistics”.

Pre-twentieth century, philology (the study of ancient languages and texts), and then comparative philology (studies comparing European languages and language groups) existed from the middle ages through the 1800s. The first formal study of language comes from India; in the fifth century BC a man named Pāṇini categorized Sanskrit consonants and vowels, word classes like nouns and verbs, and other patterns.

One curious aspect of linguistics is that it has borrowed a good bit of terminology (and corresponding concepts) from biology. My brother is getting his PhD in lichenology, a little-known subfield of biology, and it’s super fun for us to chat about our respective fields because there’s an immediate overlap of understanding. For instance, linguistics uses the terms root, stem, tree to describe words and phrase structures. It adopts jargon like morphology, genealogy, diachronic, convergent and divergent evolution. A fascinating “language as organism”[2] metaphor appears frequently.

Lastly, linguistics is a small field. Even large university departments usually count no more than twenty to twenty-five graduate students at a time. Meeting another linguist randomly, outside of dedicated school or work contexts is, for me at least, a rare treat. Meeting people who want to talk about language, however, is wonderfully common! And understandably so – it applies to us all. I hope my post has provided a sprinkling of insight into this universal human subject.

Please check back soon for upcoming content – planned posts include a linguist’s perspective on speech errors, an explanation of the nifty phenomenon of metathesis (where sounds, syllables, or words are switched around), and summaries of Japanese and Korean writing systems.

[1] Another frequent response is: “So how many languages do you speak?” See this great post addressing the topic: http://allthingslinguistic.com/post/48473292525/why-linguists-hate-being-asked-how-many-languages