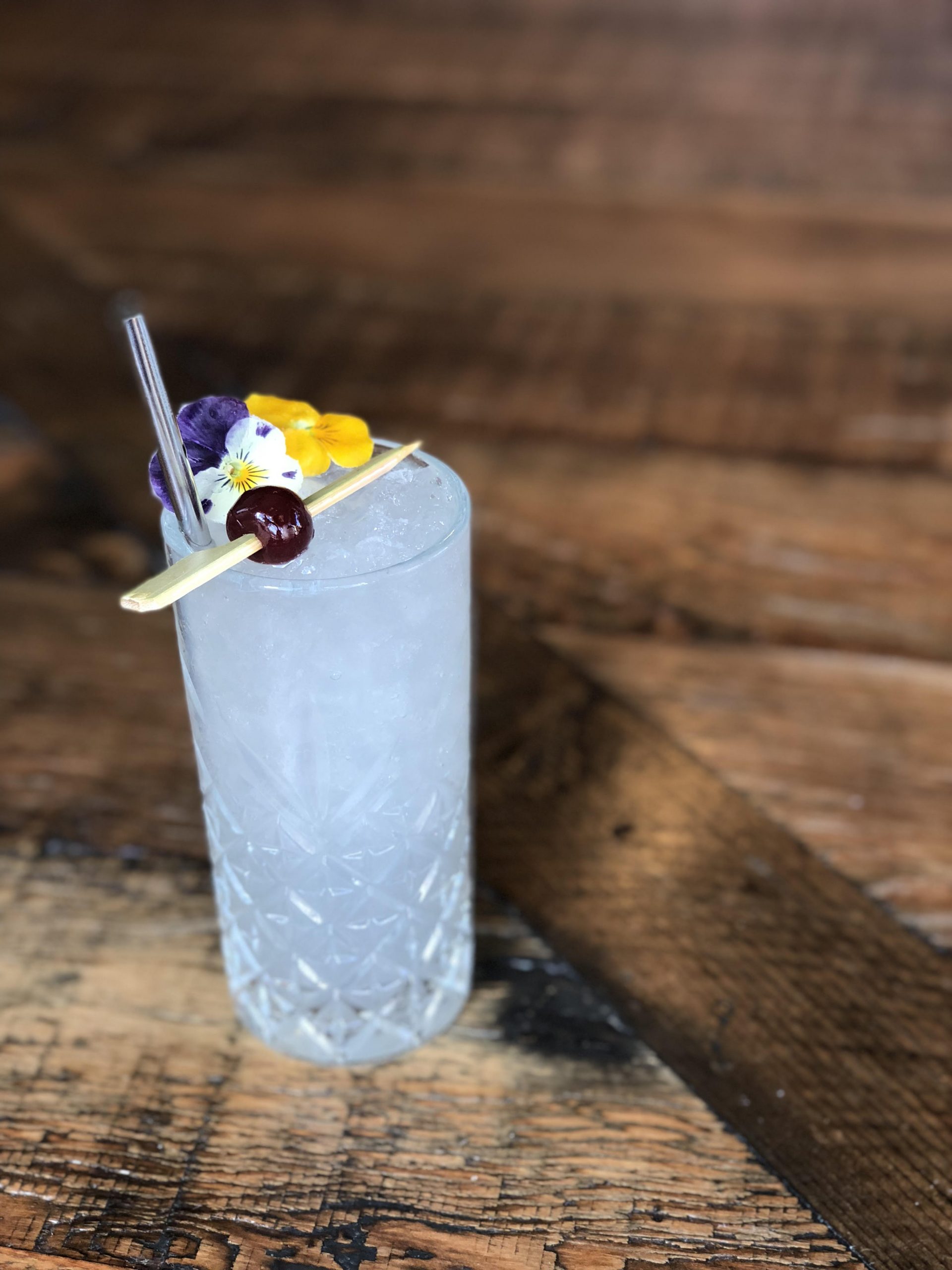 Back again, with some more cocktail origin stories! This time we’ll be delving into the emergence of gin-based drink names. During my bartending days a common response we gave to underspecified requests for custom cocktails was, “would you like something spirit-forward or citrussy?” If the customer chose the former, we’d mix them a drink with distilled liquids and liqueurs only. If it was the latter, we’d include juice (most often lemon, lime, or grapefruit) and potentially other non-alcoholic mixers (syrups, infusions, sodas). As a little homage to that question, I’m including a balance here – the below exploration has two “spirit-based” elixirs, and two “juicy” ones.

As with the last post, each cocktail has an etymological description and quote of first attested use from the Oxford English Dictionary (OED). There’s also a recipe based on those we used at my last bar. 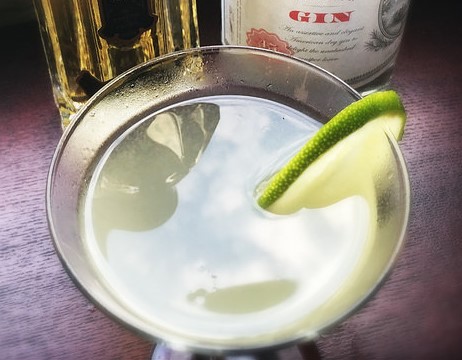 The OED states that 1928 was the first print reference for this versatile gin potable. In D. B. Wesson’s I’ll never be Cured:

“The ‘Gimlet’ we were introduced to..at the Golf Club: and it proved to be the well and flavorably known ricky, but described as ‘gin, a spot of lime, and soda’.”

However, the drink, along with its name, almost certainly came to be several decades earlier. There are at least two hypotheses concerning its etymology. Gimlet may derive from a tool of the same name, used for drilling small holes and tapping casks – since the cocktail had similar ‘piercing’ or ‘penetrating’ effects on its drinker.[1] The Dictionary reports that this tool term comes from Old French guimbelet (modern French gibelet). Alternatively, gimlet might be named after British Navy Surgeon Thomas Gimlette, who, starting in the 1870s, was said to have dosed his sailors’ gin with lime cordial to help combat scurvy on extended sea voyages.[2]

Can you imagine a time before what seems like the most classic of all cocktails? According to the OED, one of the earliest mentions of this spirituous beverage is 1887, in the Brooklyn Daily Eagle:

“Sample the bewildering depths of the ‘Martini cocktail’.”

Oxford English Dictionary reveals that the drink was first called a Martinez, likely taken from the name of a western California city where the libation is thought to have originated. The name twisted into its current form after the arrival of Italian liquor manufacturers Martini e Rossi (who applied for U.S. trademark in 1882); the company’s dry white vermouth was an integral part of this simple cocktail. 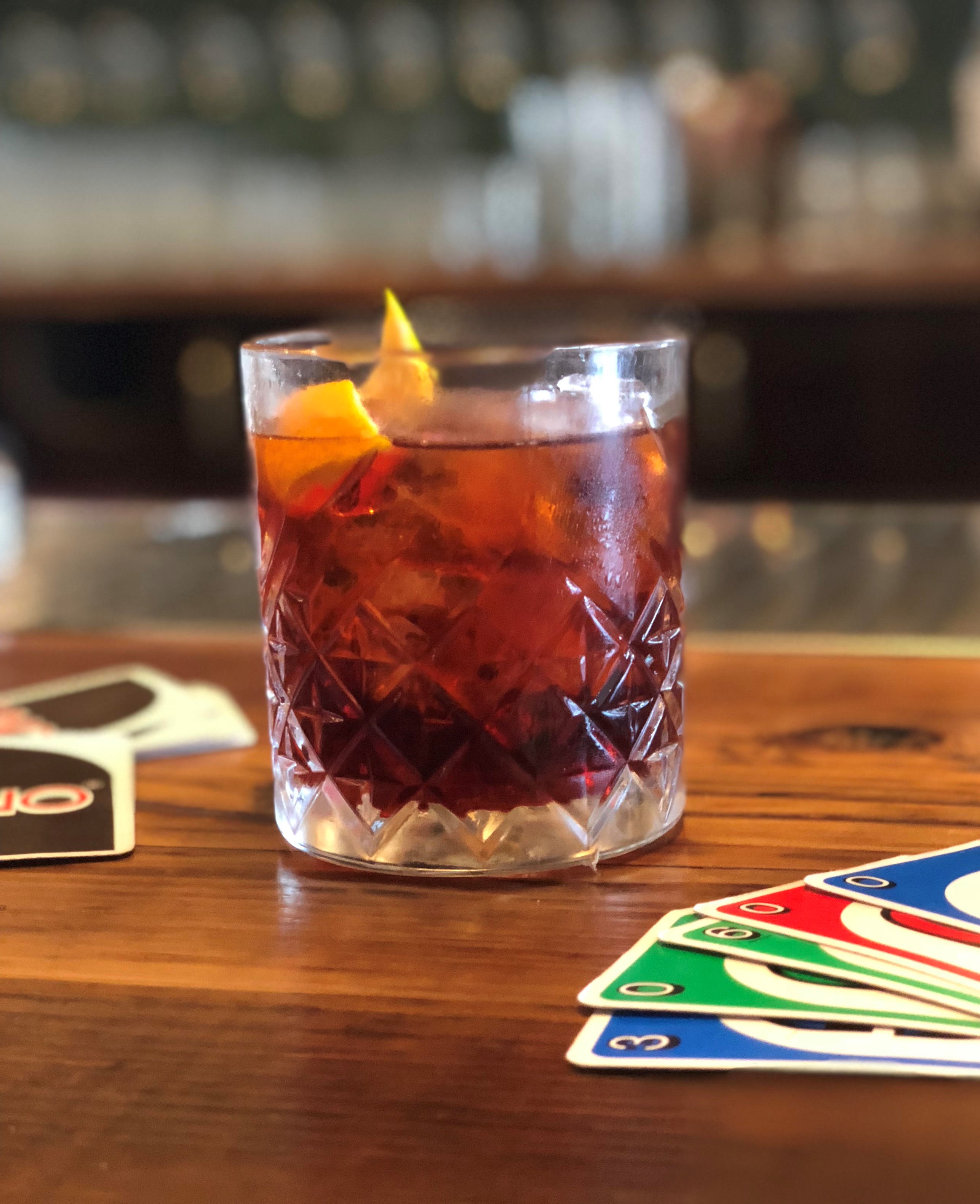 Another strong but refreshing gin concoction is this vermillion delight. We initially hear about it (per the OED) in 1947, in the Coshocton Tribune (Ohio):

“Orson Welles, working in ‘Cagliostro’ in Rome, writes that he’s discovered a new drink there—Negronis. It’s made of gin, Italian vermouth and Campari bitters. ‘The bitters are excellent for your liver, the gin is bad for you. They balance each other.’”

If you hadn’t already guessed, the word stems from Italian. The OED asserts that it was “the name of Count Camillo Negroni, the Italian aristocrat who is believed to have invented the drink in the 1930s.”

Negronis pair well with a Saturday afternoon, a hot sun, and an outdoor café. 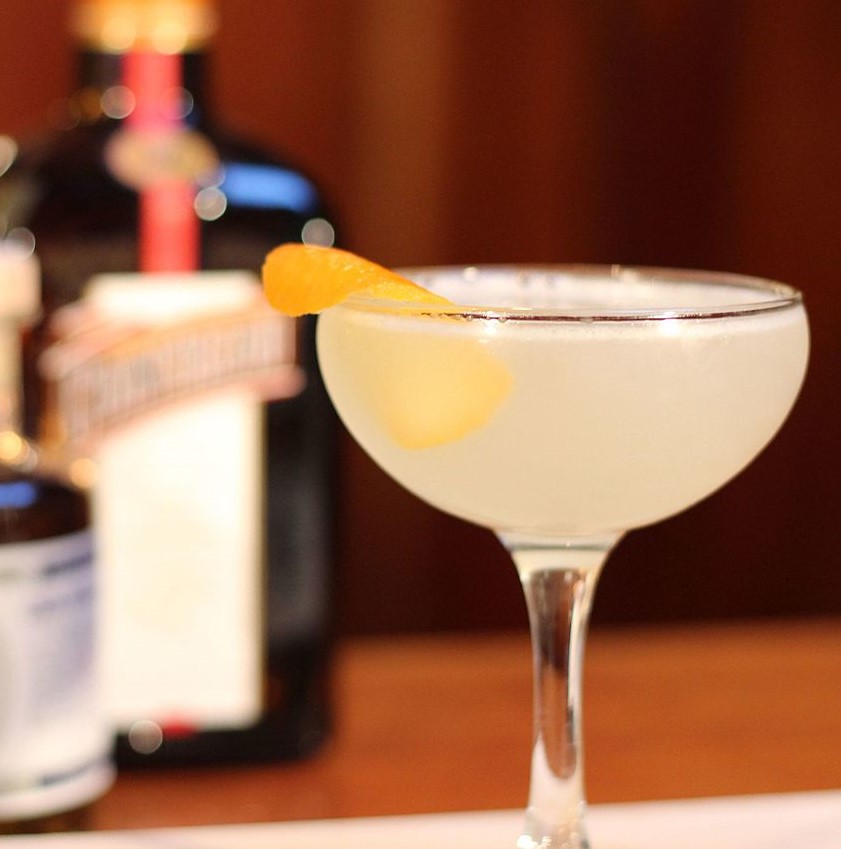 Despite its disturbing name, the Corpse Reviver #2 is juicy and tart, with a smidgeon of absinthe adding lip-smacking complexity. The Oxford English Dictionary gives us this quote from the Birmingham Daily Post in 1871:

“And our American refreshment bars, In drinks of all descriptions cut a dash, From corpse revivers down to ‘brandy smash’.”

Wikipedia cites an even earlier reference – a mention in the magazine Punch, or The London Charivari in 1861:

“[…] that ‘officer of the Government’ expectorated twice with a marked gaiety of manner, and after liquoring up a Sling, a Stone Wall, and a Corpse-Reviver, he merrily danced forth into the middle of the room, and sang a pleasant song with an agreeable refrain: –”

Both sources could in fact be writing about the Corpse Reviver #1, a very different recipe (with cognac, calvados, and sweet vermouth) but who knows. No. 2 has been a much more popular request during our modern-day cocktail renaissance. Both 1 and 2 are informally known as hangover remedies, which was probably motivation for the name. Now what’s the etymology for “hair of the dog”?

*Photo attributions:
Aviation (post header) and Negroni (actually it’s a Scotch Boulevardier) by Zack Schwab (co-owner of The Snug, along with my good friend Jacob Racusin); Gimlet by Seth Anderson; Martini by Jen Consalvo; Corpse Reviver by Will Shenton.

One Reply to “The Drunken Dictionary: etymology of cocktails (part II)”